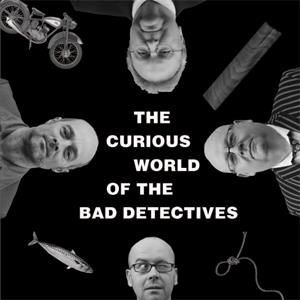 The Curious World Of... The Bad Detectives CD Album

The Bad Detectives are hard to pigeon-hole and that's a good thing right?

In their 10 year recording history with Western Star the band have recorded 5 albums and appeared on numerous compilations. Their music has often popped up on TV shows and the band seems to get a lot of airplay.

With a world-wide cult following The Bad Detectives amble along, seemingly unaware of their popularity. We're proud to have them on Western Star!