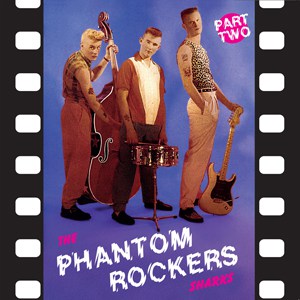 A1 Ruff Stuff
A2 Phantom Rockers
A3 Charlie!
A4 Slipped Disc
B1 I Can't Stop
B2 Electrifyin'
B3 Ghost Train
B4 We Say Yeah